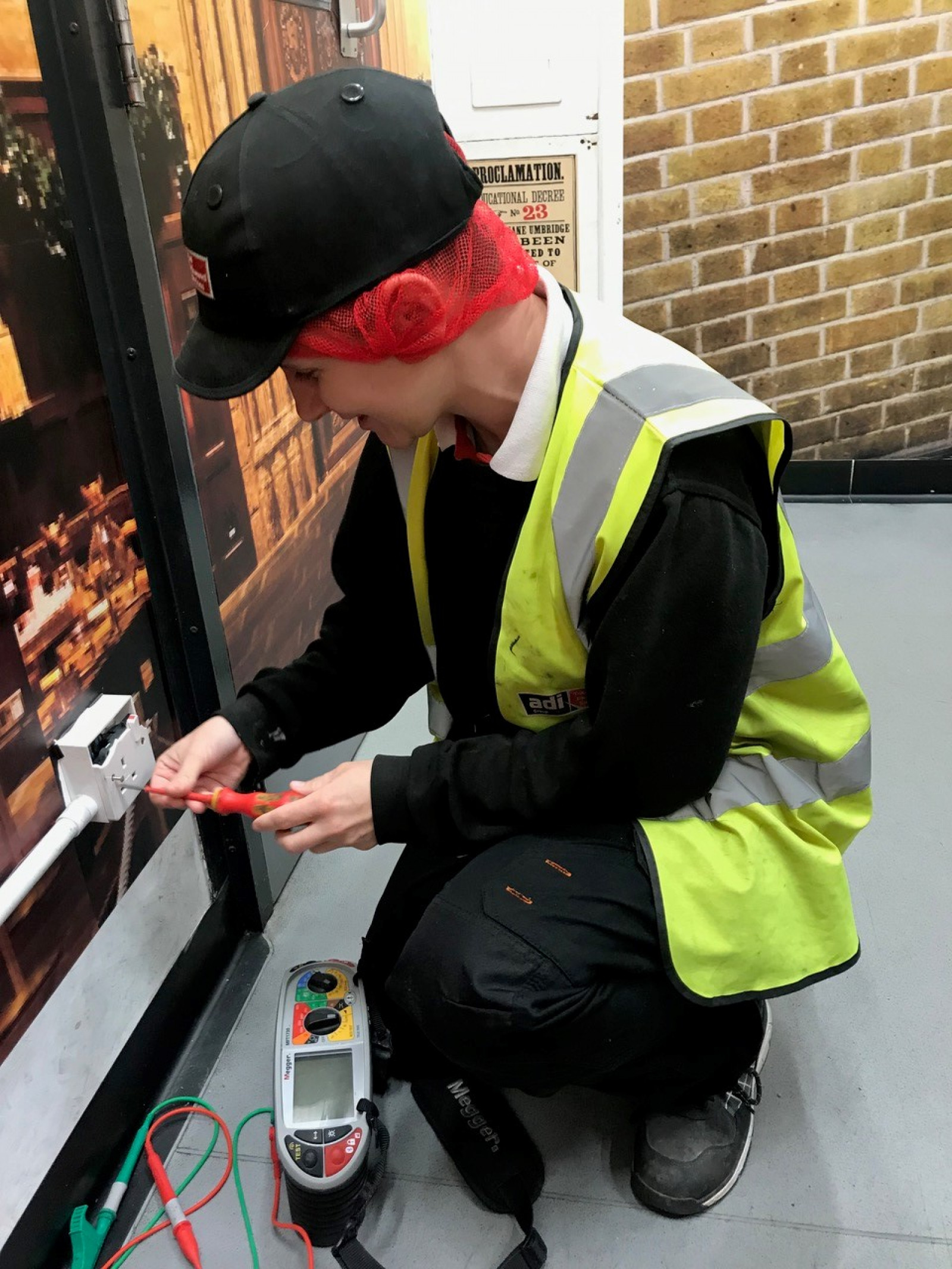 Electrical engineer Melissa Britchford might be in the minority but has never let her gender hold her back. Ahead of International Women in Engineering Day on June 23rd, she explains what she loves about her job...

She may only be 5ft tall but Melissa Britchford can more than hold her own in an industrial engineering environment full of men.

A qualified electrician for 11 years, she has spent her career proving gender is no barrier to doing the job you love.

“When I first came out of school I wanted to join the army but was rejected on medical grounds. I was devastated but decided to do the electrical engineering course I would have done in the army under my own steam anyway,” she said.

Her apprenticeship, with a small Southampton-based firm, was spent mostly in the back rooms of the city’s General Hospital, fixing everything from on-call alarms to boilers - a time she credits with giving her the confidence to forge ahead in the industry.

“It would have been a big leap of faith for them to take me on at that time - a 5ft-nothing, not particularly strong-looking 16-year-old,” she said.

“I’m so glad they did because I got to work on a really wide range of things. The diversity was brilliant.”

But just a few months after qualifying, in the summer of 2008, she was made redundant after the company failed. Undeterred, she set up on her own and took her test and inspection City & Guilds to give her an edge over other electricians.

After two and a half years of self-employment she decided to return to permanent employment, working for various companies in the Southampton area.

She made the move to current employer, leading West Midlands multi-disciplinary engineering firm, the adi Group, in 2015.

Now aged 32 and living in Rushden, Northamptonshire, she works as a test and inspection engineer, producing compliance electrical condition reports for major manufacturing industries in the area.

“I make sure the electrics across the sites are safe and working as they should, so testing lighting circuits, power circuits and fuse boards,” she said.

“I still do some of the more hands-on installation stuff too but this role gives me a bit more flexibility, which is great as I am now a mum of two young boys.”

Melissa, whose sons are aged one and three, said: “My typical hours are within normal day working, so I’m able to get home and spend a few hours with the boys before bedtime.

“Being an electrician is not a 9 to 5 job and anyone going into it should expect to work anti-social hours at times but I’m happy I’ve been able to find a way of making my career work for me and my family.

“I’m really happy with all the support I’ve received from adi. They’re very understanding when it comes to any family issues, and I love how involved they get in the community.

“They do a lot of charity work. I recently took part in a charity It’s a Knockout competition and there’s always some sort of fundraising activity going on.”

Melissa says she’s only ever had one occasion, earlier in her career, where she was the victim of blatant sexism, but said women thinking of getting into the trade do need a thick skin.

“I’ve been on sites where men have said ‘ooh we didn’t realise there was a lady here, we’d better behave’ and my response is always ‘I may be female but I ain’t no lady’. I don’t want to be treated any differently,” she said.

“You feel like you have to do the job better than anyone else because, if you mess up, the assumption is it’s because you’re a woman. The upside of that is that when you do prove yourself, it’s really satisfying.

“As far as I’m concerned I get on with doing the job and once people see me working they soon realise I’m just the same as them.”

While she welcomes gender equality she is worried it may be harder for women to fit in in the future as people become increasingly concerned about saying or doing the wrong thing.

“The men can be scared to have a laugh with you and treat you like one of the team. It’s a fine line but, ultimately, I wouldn’t want people to treat me any differently to the rest of the workers on a site.”

Her gender has also been a positive at times, giving her the chance to work on projects that men couldn’t - for example housing projects for vulnerable women.

Her size and stature have rarely been a problem either.

“I might not be able to bend a 32mm piece of conduit on my own, but then neither can some men,” she said.

“There’s generally nothing I can’t get around, I might occasionally need longer ladders or an extra pair of hands but, on the flip side, there are spaces I can get into that most men can’t.”