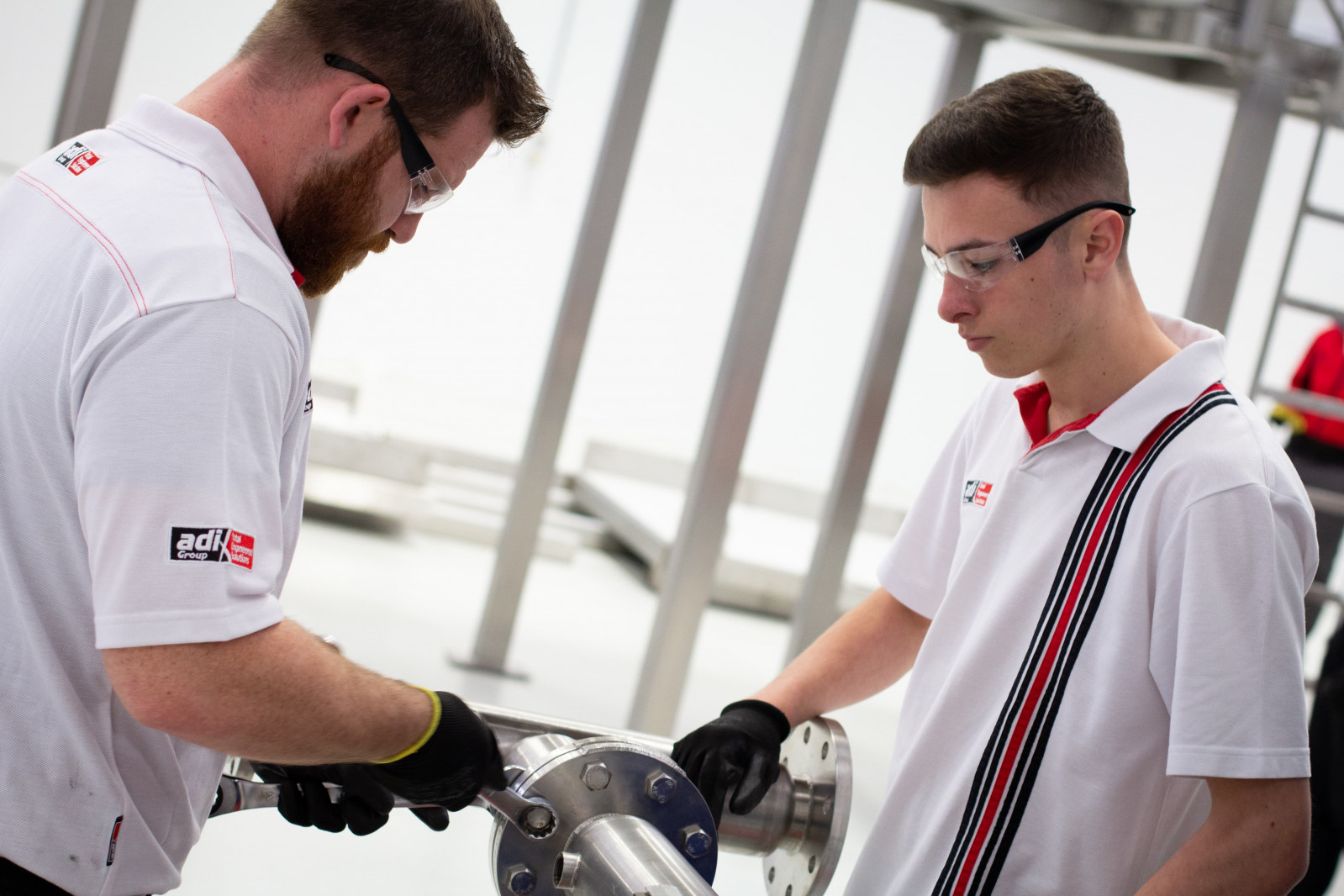 A leading Birmingham-based engineering group has been named as a Responsible Business Champion by a Prince of Wales-backed charity.

The recognition places the multi-disciplined adi Group among a distinguished list of alumni including Unilever, Deloitte and Anglian Water.

adi Group was awarded the Education Partnership Award by Business in the Community (BITC), a flagship business-community outreach programme set up by patrons, including Princes Charles. This award also coincides with the Group’s 30th anniversary, which was celebrated in June 2020.

It is the latest in a string of honours earned by adi’s unique pre-apprentice programme, which was launched in partnership with North Bromsgrove High School in Birmingham four years ago to mentor 14-16-year-olds, giving them hands-on engineering skills as well as valuable experience of a real working environment.

“We’re delighted to join this esteemed national list. When we launched the programme in 2016, our aim was to dig into the roots of closing the engineering skills gap by catching the attention of young people at a much earlier age than traditional apprenticeships dictate.

“It allows us to mentor youngsters and give them valuable vocational skills that put them miles ahead of their peers. It also gives them passion, desire and confidence in their abilities and future careers, something which is much needed in the current educational climate.

“As a former apprentice myself, it gives me great pleasure to see the spotlight shine on educational partnerships and I hope more schools and businesses replicate our model to help drive the future of the STEM sector, specifically engineering.”

So far, the first-of-its-kind programme from adi has generated over 60 skilled engineering places. Crucially, fully 50% of its first and second year intakes remain with the business as full time apprentices, joining the business’ 30 strong apprentice academy. This academy continues to meet their commitment of having over 5% of its employees as apprentices.

The unique proposition is EAL accredited and takes up roughly 10% of students’ overall curriculum time, with hours split between the classroom and adi’s custom-built workshop facilities in Kings Norton.

One of its most promising graduates, 18-year-old Abbie Beaver, was just 17 when she was dubbed one of the top 50 female engineers in the UK by the prestigious Women’s Engineering Society.

And, perhaps most impressively, the scheme was mentioned not once but twice in ‘Prime Minister’s question time’ in 2018 by then Prime Minister Theresa May.

“Our overall aim at adi is to develop and foster sustainable communities, which extends well beyond CSR activity to build relationships and initiatives that inspire the next generation of engineers in our local regions.

“To that end, we are pleased that the pre-apprenticeship programme has inspired so many not only to consider but also take up engineering as a full-time career.

“The old notion of the industry being a dirty environment, low skilled trade still lingers for some, so teaching these youngsters how engineering can help develop the next generation manufacturing plants is a really rewarding endeavour.

“We’re deeply honoured by the recognition of BITC and look forward to welcoming more students to our programme this year and beyond.”

The Responsible Business Awards brings together the very best in business practice from across the UK. BITC has a long history of over 40 years and well-known members, including Lloyd's of London, Marks & Spencer and Shell UK.

For more information on BITC and the Responsible Business Awards, head to https://www.bitc.org.uk/

Further details on adi Group are available at www.adiltd.co.uk