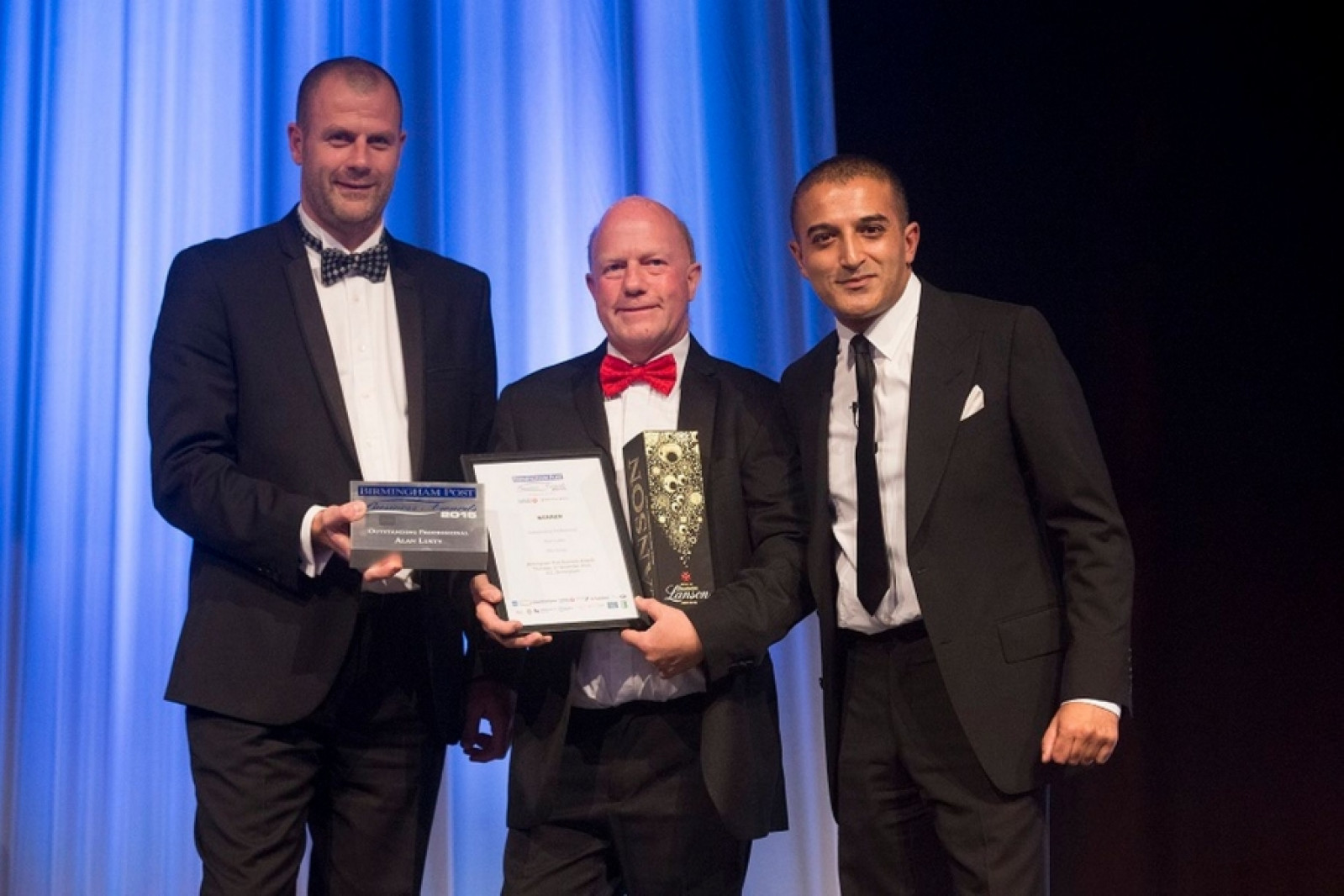 A leading engineering solutions firm in the Midlands is celebrating a double award win, after scooping two prestigious titles at a top regional awards.

adi Group, which marks its 25th anniversary this year, was named the winner of the Birmingham Post Business Award for People Development, while its chief executive, Alan Lusty, picked up the award for Outstanding Professional.

The People Development award is designed to recognise, encourage and reward organisations that make a significant contribution to training, development and recruitment, both internally and within the wider community.

With a programme of mandatory and optional training for the professional development of its employees, adi Group also invests in new talent streams while helping to tackle the skills gap via its Apprenticeship Academy.

Externally, the Group has a long standing commitment to the Business in the Community (BITC) Ready for Work programme, having provided work placements for around 80 individuals from disadvantaged backgrounds over the last ten years. The Group has also forged valuable partnerships with local schools, and was recently recognised for its work with North Bromsgrove School at the CBI West Midlands Education and Skills Conference.

The Outstanding Professional award is reserved for individuals who make a significant impact on the local business community, showing dedication and innovation in their field of expertise.

Since founding the company in 1990 as a single business offering, Alan has developed adi into a completely self-funded multi-disciplined Group. Under Alans direction it has enjoyed exponential growth, quadrupling in size since 2005 and culminating in a 2014 turnover of £64m and staff of over 450 based in 11 locations.

Having begun his career as an apprentice, Alan has been instrumental in the launch of the Groups Apprentice Academy and links being forged with local schools. This year, Alan was appointed to the BITC West Midlands Advisory Board, which promotes responsible business practice across the region.

Alan Lusty, CEO at adi Group, said: I am incredibly proud of our double award win, and personally honoured to have been named Outstanding Professional.

Its a huge accomplishment to have been recognised in this way, and makes our 25th year in business even more special.

As always, an achievement like this is a result of the hard work of many people. As such I would like to thank the whole of my team at adi Group as well as Business in the Community and my family for their unerring support.