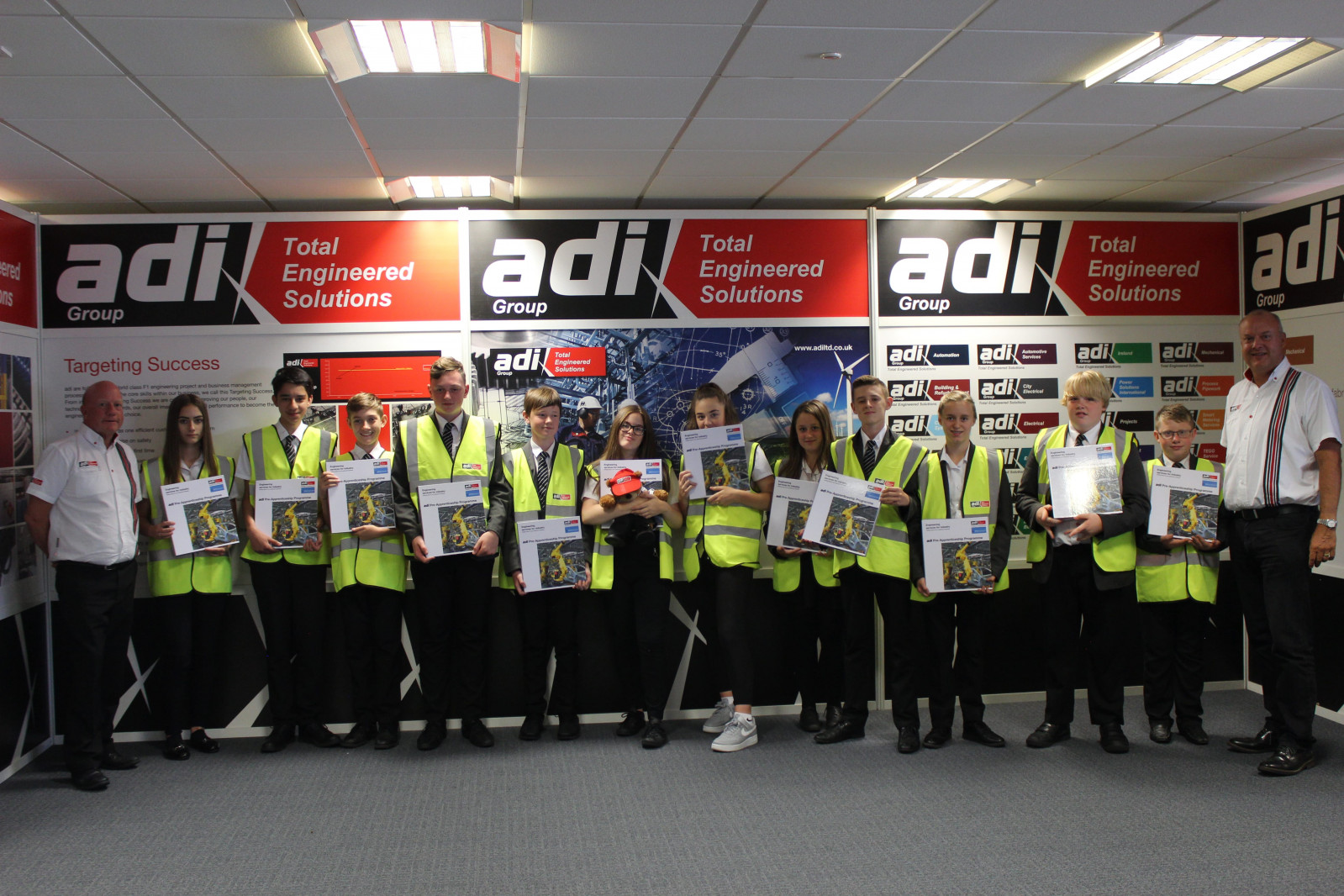 The success of adi Group’s unique Pre-Apprentice Scheme was further demonstrated on Thursday 12th July, when the multi-disciplinary engineering firm welcomed its third annual intake of youngsters from North Bromsgrove High School through the doors of its Birmingham headquarters for a taste of the experiences they can expect to gain when the curriculum begins this autumn.

Just over a month after adi celebrated the graduation of their most recent crop of budding engineers, the educational cycle keeps turning, with the firm rolling out the red carpet for 12 local GCSE students and bringing to 36 the total of young people who have been enrolled on the ground-breaking scheme, since it launched in 2016.

The group of seven boys and five girls were greeted by CEO Alan Lusty and Group Strategic Director James Sopwith, who introduced the inductees to the firm’s F1-inspired working culture and told them about the very different routes they both took into engineering.

Alan’s story, in particular, was an inspiration for the youngsters, as his successful career came after an apprenticeship gave him the skills and confidence to not only start his own business back in 1990 but to turn it into an £90 million concern, employing over 600 highly skilled engineers.

He told the gathered inductees: “There is a world of opportunity here at adi Group for young engineers with the right attitude and for those who develop what are some of the most sought after skills in the British economy. From personal experience, I can tell you all what a fulfilling career engineering can be, so I hope all of you make the most of the doors that open in front of you over the next two years.

"This course is only in its third year and, so far, we are honoured to have offered full-time apprenticeships to half of your predecessors. Your futures lie ahead of you. They are what you make of them but we’re here to help, so grasp this opportunity with both hands.”

Each of the inductees, who had all negotiated a rigorous three-month recruitment process, including an interview and selection process with senior adi Group management aimed at making the then-13 year olds work-ready and up to speed on real world situations, learnt about personal protective equipment on the taster day and received their own apprentice folders, complete with individual business cards.

The previous pre-apprentices who have taken up a full time apprenticeship with adi Group, add to the now over 5% of the firm’s workforce, winning it a place in The 5% Club, a dynamic movement of employer-members working to create ‘earn and learn’ skills training opportunities across the UK.

James Sopwith said of the Taster Day: “It’s been a real pleasure to welcome our latest cohort of young and enthusiastic engineers. We’re extremely proud of our Pre-Apprentice Scheme, as we believe employers in the engineering sector, as they do in others, have a significant role to play in helping the UK fill the skills gap, equip the economy for the future and, most importantly, inspire and give opportunities to young people. Perhaps now more than ever.”