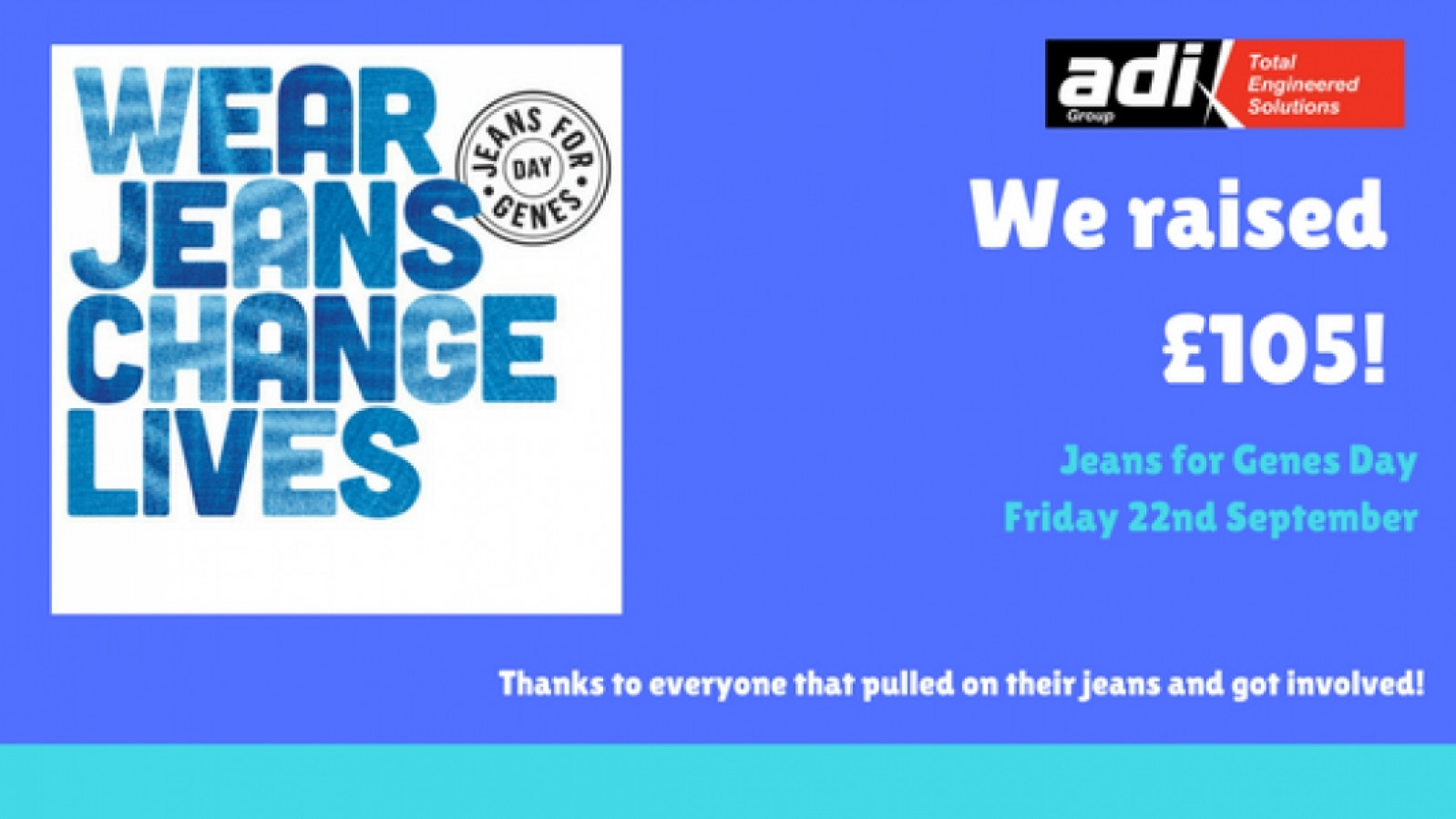 adi Group Raises Over £100 On Jeans For Genes Day

Staff at adi Group pulled on their best denim in support of Jeans for Genes Day 2017 which took place on Friday 22 September.

The engineering solutions firm, which is based in Birmingham with eleven regional sites across the UK and Ireland, hosted a non-uniform day with employees making a donation of £2 each to wear their jeans. A total of £105 was raised by staff at adi Group which will help to support Genetic Disorders UK, the national charity that supports individuals and families affected by a genetic disorder.

We all inherit a range of talents, skills and personality traits through our genes  theyre part of what makes us who we are. But half a million children in the UK face the daily challenges of a genetic disorder. By pulling on a pair of jeans, adi Group has contributed to helping to fund the vital care and support services that transform their lives.

"We were delighted to help support Genetic Disorders UK and families affected by genetic disorders by pulling on our jeans on Jeans for Gene Day. It was fantastic to see so many staff dress down and support the event at our head office and Automotive services locations. We look forward to participating again next year."