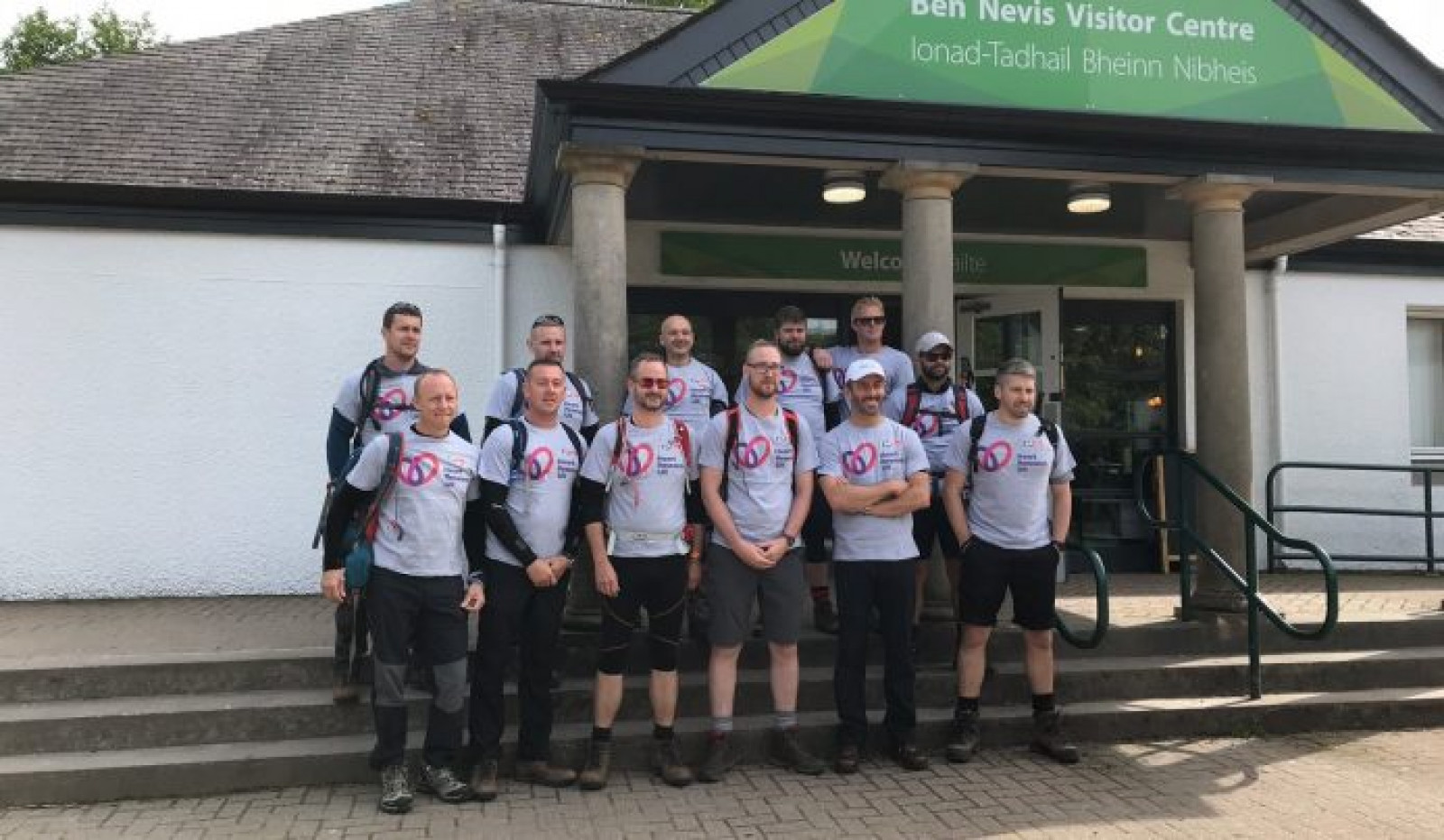 The Three Peaks Challenge is not to be taken lightly. Tackling Ben Nevis in the Scottish Highlands, Snowdon in North Wales and Scafell Pike in the Lake District, all inside 24 hours, takes steel, determination and not a little planning and coordination.

The marathon undertaking saw the adi team walk a total of 26 miles (42km) and climb 3,000 metres (9,800 feet) but, with approximately 462 miles between the three mountains, the feat would have been almost impossible without 10 hours of driving assistance from Gary Bailey, Kyle Sterry, Charles Baker, Dan Walker, Pete Watson and Roy Downing, who should all take great credit for their commitment to the team fulfilling their objective.

So impressed were adi Group senior management that they pledged to double the final amount raised from the firm’s own pocket, with Heart Research UK, long standing beneficiaries of adi Group’s charity work, now set to enjoy a boost of over £8,000 that can be used to help hearts up and down the UK.

Ritchie Webb, Managing Director of adi’s Automotive Service division and event organiser, said: “This was a real team effort. From the climbers to the support drivers, who drove 450 miles in 10 hours, to our supporters and those who donated, thank you to everyone who helped us to complete this mountainous challenge. adi Group is always incredibly proud to raise money for Heart Research UK.”

Alan Lusty, adi Group CEO, was glowing in his praise for the walkers, saying “I’d like to express how proud I am of all of the adi team who took on and overcame the Three Peaks Challenge. The walkers have been training and preparing for months and showed real grit in getting the job done.

Of course, they had some great support from the drivers and from those who joined them at Snowdon, but this achievement really speaks for the culture we try to live and breathe at adi. We set clear objectives and we plan ahead. And we pull together as a unit to get the job done. Huge congratulations to all those involved.”

Barbara Harpham, Chief Executive at Heart Research UK, said of the achievement, “adi Group has been brilliant, raising so much money for us over the years through football tournaments and marathons. This challenge really is the pinnacle, though! Well done to everyone.”

Heart Research UK is a fantastic cause doing great work in an important area that touches so many of our lives. In support of that work, the adi team set up a JustGiving page and donations, large or small are still being gratefully received. To donate just visit https://www.justgiving.com/fundraising/adi-group-three-peaks-challenge.

See our event photos over on the adi Group Facebook page and check out our short video of adi’s Three Peaks endeavours, including an ascent of Snowdon in darkness on the adi Group YouTube channel here: https://www.youtube.com/watch?v=Y-dKXzkDREA